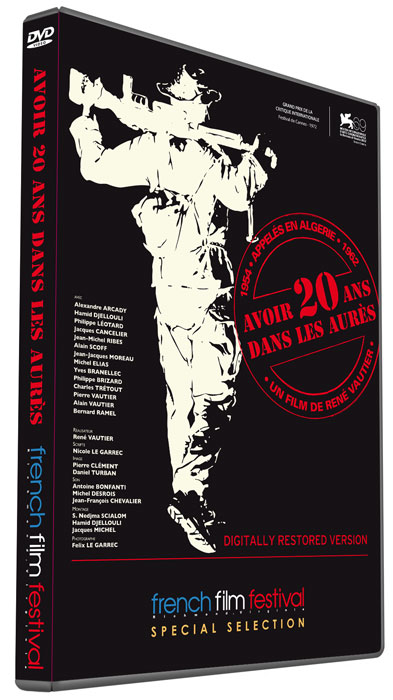 The Algerian war from a soldier’s moral perspective in a film that barely made it past the censors! René Vautier’s documentary-style drama is not only anti-war but also unequivocally critical of how the French government handled the conflict. The French people, and particularly the French government, were not ready to come to terms with their colonial past until the 1970s. In 1972, the film received the International Film Critics Award at the Cannes Film Festival.
René Vautier presented the film at the 20th French Film Festival in Richmond, Virginia which marked his first visit to the United States.

Pictures & Biography on the movie’s webpage